"A gift from Carlisle—Esme offered to let us borrow it."

Isle Esme is a tropical island off the coast of Rio de Janeiro. It is owned by Esme Cullen, and was given to her by her husband, Carlisle Cullen, as a gift. It is said to have vast jungles, parrots, dolphins and tropical fish in its warm waters, and beaches with white sparkling sand. There is a house, furnished by Esme while residing on the island, which is very beautiful, and is described as being 'quite big for such a small island.' It has large glass windows dominating most of the house and the same light color pattern as the Cullens' house in Forks. The house also holds two bedrooms (the white and the blue), one large bathroom, a polished, modern kitchen, and a window overlooking the beach.

The house is the location of Edward and Bella's honeymoon. During their honeymoon, while making love, Edward bites and ruins the pillows in the 'white room,' which is the bedroom they stay in on the first night, as well as breaking the bed, to which Bella says is "okay". Edward gets upset after the first night because that morning Bella is covered in bruises and feathers. Even though Bella insists that he did not really hurt her, Edward refuses to make love to her again and keeps her busy with other physical activities, hoping that he can still show her and make her experience new things as much as possible while she can in a human state. Bella has a weird appetite on Isle Esme—she is hungry all the time and she is having weird dreams. Eggs seem to be her meal of choice.

Edward makes love to Bella again about a week later, when she comes to bed wearing some lingerie, courtesy of Alice. While Edward initially resists her advances, she wakes in the middle of that night from a sensual dream of them together, desperate and crying uncontrollably. Finally, he gives in and makes love to her again in the blue room, where he ruins the left side of the bed's headboard. Edward calls for the cleaning crew on the island so that Esme wouldn't get upset and never allow them to visit in the future. Their honeymoon is cut short when Bella finds out that she is pregnant. She realizes this upon finding a box of tampons in her first-aid kit and realizes her period is 5 days late. She tells Edward, and he goes into a sort of shock. While he is like this, his phone rings. Bella answers and it is Alice, sounding confused and flustered. She turns the phone over to Carlisle. Bella asks if vampires can go into shock, and at that moment Edward seems to 'wake up'. Edward takes the phone from Bella and Carlisle confirms that Bella must be pregnant. They later learn it is with a half-vampire baby, soon to be Renesmee Cullen, who eventually becomes Jacob's imprintee. Realizing what is happening, Edward is convinced they have to get rid of it as soon as possible due to the threat it poses to Bella's life. Bella, without Edward's knowledge, talks with Rosalie and enlists her help.

Isle Esme is described as having crystal clear, warm water and "glass smooth sand". It is hot there, extremely so in the house, supposedly so things would be "easier" for Bella. It is very beautiful and vivid, resulting in Bella's colorful dreams. There is an array of marine life as well as palm trees. The house is tall and white, and the interior is in varying light shades, similar to the Cullen house.The master bedroom is said to have a huge white bed with billowy bug netting surrounding it, and later the blue room, with a more appropriate size bed with blue walls, where they spend the rest of their nights on the island. It also has its fair share of glass windows, similar to the Cullen house. Later, Bella and Edward's bedroom in their cottage is decorated to look like the beach of Isle Esme. 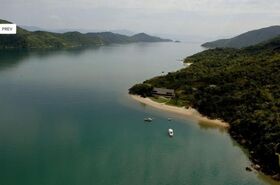 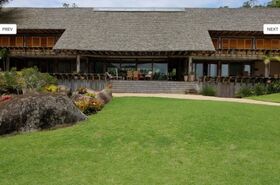 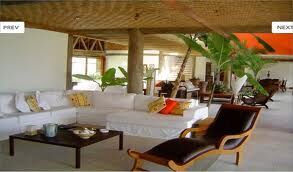 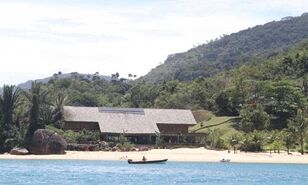 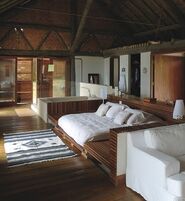 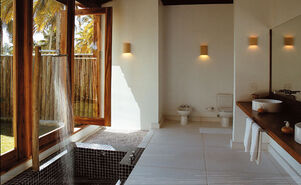 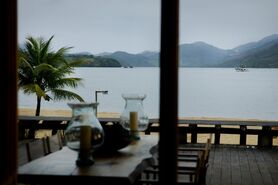 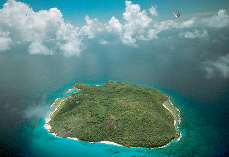 Above view of Isle Esme

The location for Isle Esme was filmed in Paraty, Brazil, specifically at a beachfront house in Saco do Mamangua.

Community content is available under CC-BY-SA unless otherwise noted.
Advertisement