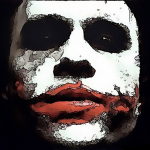 Are you here to vandalize my page because I blocked you? Probably.

I'm going to keep this section short. This website gets vandalized too much and in this era of the Internet, providing too much personal info can be bad. I will share the origin of my username. It's fairly simple: I'm Irish, well about 75% and my name is Timothy. It's not my first name, but my middle name, and I don't use it that much.

So I'm not the typical demographic for the Twilight Saga. I'm not a teenager girl -- that's not to cast dispersions, just that I'm a minority in the fan base. I've always been a big vampire fan. It covers all the extremes of vampire types. Whether it be the grotesque and violent ones (i.e., 30 Days of Night) or the more romanticized version (i.e., Interview With the Vampire).

I wasn't familiar with the Twilight series until I saw a preview for the movie in summer 2008. I can't remember the movie it previewed in front of, very guy-centric, but it got a lot of laughs. And I think I bought into the mob mentality and just kind of brushed it off. But I made note of it since it was in fact a vampire movie and the fact it had the beautiful Kristen Stewart in it.

Fast forward to Spring 2009 and an ex-girlfriend who is rabid fan pestered me to watch it. And I'm glad she did. While there are some things that I dislike about the movie, overall I loved it. After that I had to know more about the series. I bought all the books that weekend and was done with them in that same weekend. And the rest is history.

Probably until BD2 comes out I won't be on much -- family and Borderlands 2 has kept me very busy. I will probably make a quick check daily to make sure the place hasn't been vandalized. But when almost half of the recent activity is one person -- or two if the AU who I am sure is the same person -- moaning and bitching about the same things every day for god knows how many days, then I may be away longer.

Retrieved from "https://twilightsaga.fandom.com/wiki/User:LuckyTimothy?oldid=686936"
Community content is available under CC-BY-SA unless otherwise noted.