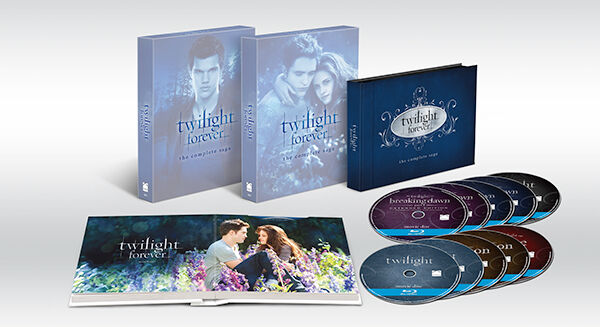 Great news for Twilight Fans! To celebrate the 5th anniversary of the theatrical debut of the first Twilight movie, Summit Entertainment, the studio behind the Twilight film adaptations, will be releasing the 10-disc Twilight Forever: The Complete Saga on November 5th. The set contains all five films, over two hours of brand new bonus content, and every special feature ever produced for the blockbuster franchise.

Details about the never-before-seen bonus content from the press release: